Twenty years later, the theme song of Reba McEntire’s sitcom Reba has gained a new generation of admirers with the hilarious “I’m a Survivor” trend. Throw on a red wig and make a show of performing menial housework around your Halloween party like wiping the table and putting a coaster under someone’s drink. When the night is over, you can wipe the sweat off your brow with a martyrish sigh of relief.

If all else fails, don’t get dressed up at all and say you’re the beginning part of a TikTok with a cool transition. 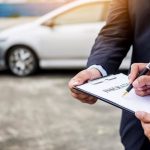 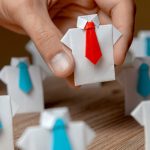