Coffee is one of the best drinks for weight loss because it boosts your metabolism.

The average metabolic rate of people who drank caffeinated coffee was 16 percent higher than that of those who drank decaf, according to a study published in the journal Physiology & Behavior. A cup of black coffee is a good choice for a pre-workout beverage, too: Researchers found that cyclists who took a caffeine supplement were able to ride about a mile farther than those who took a placebo. Make yours a Venti and skip the sweeteners.

But don’t overdo it. Have a few cups of coffee for a metabolism boost, but if you’re never seen without a mug at your lips, that could work against you, says nutritionist Amy Shapiro. Caffeine is a natural appetite suppressant. If you’re constantly consuming it, you may not eat much—or realize how hungry you are—until you get home for dinner. “Not eating enough throughout the day can make your metabolism sluggish,” she says. “By the time you eat dinner, instead of immediately using that food for energy, your body is aggressively storing it as fat, just in case it will be deprived again.”

Microbiologists at the University of Valencia in Spain took samples from the drip trays of nine Nespresso machines. They found that between 35 and 67 different bacteria genera hanging out in the trays’ leftover coffee. A CBS investigation one-cup makers had staphylococcus, streptococcus, bacillus cereus, and E. coli. The bad news is that it’s hard to avoid these mini-menaces, even if you don’t use a one-cup maker. Coffee mugs are often contaminated, too. “In our studies, half had fecal bacteria in them,” microbiologist Dr. Charles Gerba told Fox News in 2013. Ew. 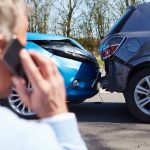